How to Use Tumblr – Microblogging to Generate Income Online

In a moment we’ll get started on how to use Tumblr to generate income online, but before we start I’d like to give you a short pep talk! You are clearly intelligent enough to understand that it is very possible to generate income from Tumblr through microblogging and have arrived here. But, if just starting out in the competitive world of blogging, you may find yourself questioning whether it’s worth starting your own Tumblr blog. After all, there are over 153 million blogs overall across the web and that number grows by the day. 10 years ago blogging was the main method of expressing yourself and having your own little creative corner of the web, but that’s changed. Nowadays, sites such as Instagram, Facebook and Tumblr seem to be the ‘it’ places to express yourself. So, why spend time on Tumblr where the sheer numbers of competitors on that website alone might put you off of blogging.

The reason is the Tumblr community which is generally a lot more open to art and art forms, and less stuck on the funny cats and baby videos than most other places. Tumblr is a creative social platform where people share many types of content, including short articles, images, music and videos. The watchword is to be yourself and just “create”, and you will eventually get noticed. Posts are short that’s why it’s rather similar to Twitter. So, this combination of blogging tool and social community is developed for those who prefer brevity while writing. But, don’t just create, follow others, add notes, and comment, and use hashtags to your advantage.

How to Use Tumblr

If you’re not already on Tumblr you’ll need to create an account and start a blog. Think about whether you want your Tumblr to represent you as a person or whether you want Tumblr to be for your business. Of course, you can have more than one account, but it’s a good idea to focus your money-making energies on one or the other.

Success on Tumblr is a matter of having many followers for your blog and many “notes” on your posts. Posts get notes when someone likes or reblogs them. Having highly shareable images, quotes and GIFs can improve your chance of attracting followers on Tumblr. That means you will have plenty of opportunities to be genuinely creative in what you blog about and post. If you are artistic and can create your own stunning images, you will do well on the microblogging site.

Using keywords, tags and hashtags will help users find your Tumblr and help Tumblr recommend your blog to the right users. That’s because the first 20tags you add to any blog post (but not to re-blogs of others’ posts) will all be searchable on Tumblr. So, if a user decided to explore a tag you used (e.g. NYC) via a Tumblr tag page, he or she would be able to see your post. That’s why tags are so useful for gaining new followers. You can use hashtags or regular tags, and your tags can have spaces or periods in them. 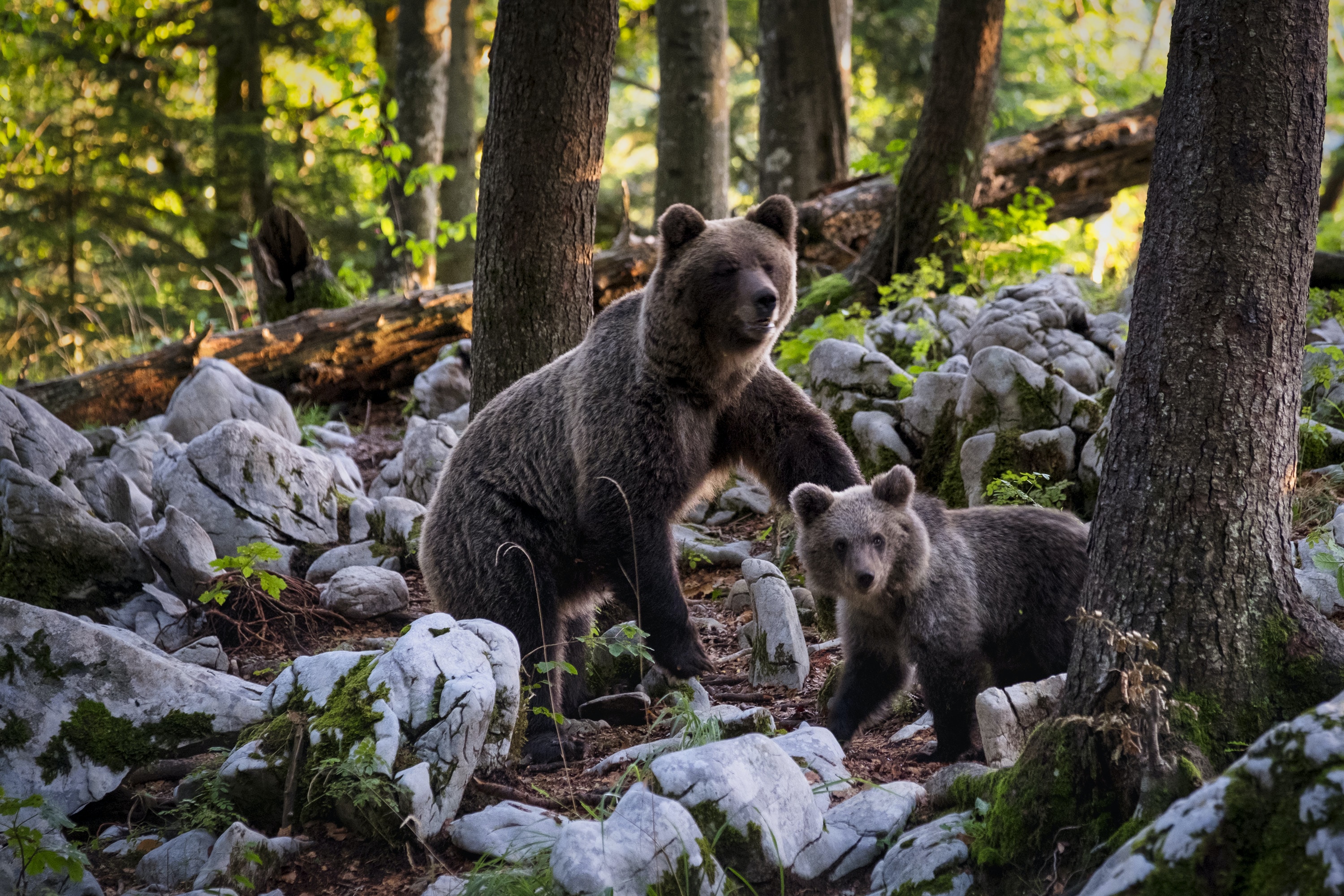 You’ve now set up your Tumblr blog and decided on a look and tone. Now it’s time to keep up a consistent stream of posts. Experts suggest at least a few times a week. To start, you may want to follow some brands and people you admire and see how they use Tumblr. You could try emulating their posting schedule, but of course, you don’t want to copy their look and voice. You need to establish your own. Plus, to stay on users’ dashboards and on their minds you’ll need to post frequently. If you don’t, you won’t build the kind of engaged following that you need to make money on Tumblr. There are various services that let you queue up posts in advance.

2. Use any Tumblr affiliate program or post photos and videos as a guide to various sites and landscapes or create tutorials. You can publish quotes to promote some places of interest, ways of travelling, or offer win-win solutions for travellers.

3. You can add AdSense to a blog that’s hosted by Tumblr so long as it meets their guidelines, but one thing you can’t do is apply for Google Adsense using a blog with a Tumblr URL (like <blogname.tumblr.com>). To obtain an Adsense Account you need to show them a TOS compliant website you own. You can do that by buying a domain and adding it to your Tumblr account as a custom URL. For those with an existing Adsense account, just add your Tumblr URL to your already approved account and add the Adsense ads script to each page.

4. Reblogging is an important Tumblr feature to keep in mind when trying to make money on their network. Reblogging is essentially the option other Tumblr users have to repost posts from your Tumblr blog to theirs. Another important feature to keep in mind is tagging: tag your posts with a few good keywords so that your posts show up when someone is searching on a tag. Now, without further ado, here are ways to make money on Tumblr.

5. If you want to raise an existing Tumblr income, use any Tumblr affiliate program, or post photos and videos as a guide to various sites and landscapes or tutorials. You can publish quotes to promote some places of interests, ways of travelling or tips to offer win-win solutions for travellers. Formats and content of posts depend on your niche in “travel”. For instance, the “insatiable traveller” blog shares tips on how to improve your photography skills and a helpful list of dos and don’ts for every country.

From social networking services to instant messaging apps, to video sharing websites, there are numerous means by which information can be shared online with others. However, when it comes to communicating thoughts and ideas effectively over the web, there’s hardly a medium that works better, than blogging. Probably this is the reason that these days, anyone and everyone, from individuals to big corporations, has a blog.

Out of the many blogging platforms available out there, the Verizon owned Tumblr is probably the most unique. Built around a “short-form” blogging approach, it lets users post text, pictures, as well as multimedia from an easy to use dashboard.

Tumblr ads are a way to raise your profile on the platform. They are created as sponsored posts, sponsored video posts, or sponsored days. They are selectively shown to relevant audiences based on factors such as surrounding content users are viewing, the information provided, apps used, search history, and friends’ recommendations. Ads on Tumblr serve across desktop, mobile, and tablet. For the successful microbloggers reading this, Tumblr ads might be right for you.

In the competitive world of blogging, you may find yourself questioning whether it’s worth starting your own blog. After all, there are over 153 million blogs and that number grows daily.

Yes, it is because Tumblr is a great platform, with a relatively attentive community to appreciate your efforts when finding your voice as a blogger.

Once you have a following you will know how to build more and larger followings and by showing even a small amount of business acuity, money-making opportunities will develop from there.

A Tumblr theme will help you to improve the experience of your Tumblr blog by being more unique or visually interesting than competing blogs. There are a ton of free Tumblr themes bring in a lot of features, design styles, responsive interface, and much more. You can also go about and edit the themes by adjusting the raw HTML codes that go into building them.

However, once you have built yourself a nice following and want to branch out with a self-hosted blog on your own webspace you will benefit from an SEO theme like TumblriX, which will allow something called direct “follow” links (backlinks) on special static pages which it creates in a sidebar for you. These are most simply described as the opposite to “no-follow” links where a no-follow link is a link which the page creator/ owner is telling Google not to use the link to index the linked page either favourably or unfavourably.

Our Theme is a simple low “one time” cost Tumblr theme which comes with a clean look. We made it really, really simple for people to make a blog and put whatever they want on it. But, the real power is the static pages which it builds automatically. Add suitable text and anchor text links to those and you will find that those are powerful “follow” inks which convey a lot of Google “love” to any page or post you link them to. Once you have a popular Tumblr this theme is the one which will help you rank your related money making website. When the theme is used correctly, like that, it’s a wonderful traffic booster. It does this by raising the page-rank of your linked website. Once the content on your money-making website is seen by many people in the search engines you will have the opportunity to sell whatever you like, to them.

How to Use Tumblr

This site uses Akismet to reduce spam. Learn how your comment data is processed.

Any cookies that may not be particularly necessary for the website to function and is used specifically to collect user personal data via analytics, ads, other embedded contents are termed as non-necessary cookies. It is mandatory to procure user consent prior to running these cookies on your website.

SAVE & ACCEPT
Go to mobile version